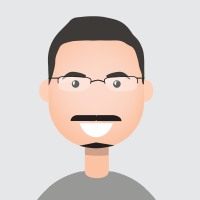 More often than not, when I introduce RapidMiner to customers and they want me to create a quick process to show something (e.g. a process, an algorithm, something), it feels cumbersome to have to go to the Views menu on the top, then load the Data Editor panel, then create a new example set, configure it... and after a number of clicks, have something working. When that is not the case, I usually have a database that I have to import and work with the data, or have an Excel file, or...

The thing is, wouldn't it be much easier to go to the Repository panel, pick a repository, a subfolder, and have a menu named "Create a new example set here" right from that panel, ready for editing? It's less steps, and given that people always go from general to particular, it's much easier to give a name to a Repository and then focus on what data should go into that repository.

I know it is contradictory with the "Store Process Here" button because it works the other way round, but the thing is that there is a new menu to create a new process, while example sets can just be created from the Data Editor (unless I forgot something). It would be much easier and quicker to do all the quick prototyping inside RapidMiner, rather than moving back and forth towards the Spreadsheet Editor and/or a database.

What do you think? All the best.