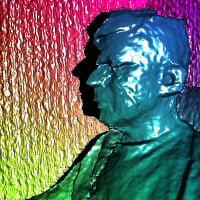 jacobcybulski Member, University Professor Posts: 391 Unicorn
May 2020 edited May 2020 in Help
For a while I had an issue that after some hours or days of use my system would stop opening windows. I assume it was running out of memory, even thought it has 64Gb RAM. Then I observed that this happens when I use RM extensively. After some investigation, I found that RM creates an executable program "browsercore64" inside the folder ".RapidMiner/Internal cache/browser7.4-ANY", and while RM stay alive "browsercore64" creates files or sockets until things go bad. When I run "lsof" I can see that the number of files associated with "browsercore64" rarely goes down, with every run and every visualisation, it creeps up into several hundreds. Then I cannot open any more windows even to investigate what is going on. I have never experienced this problem with the previous versions of RM (or may be I wasn't using it as heavily as recently). In Win 10 world some people consider "browsercore64" evil and a trojan, however, I suspect it is part of chromium library allowing RM to display results.
At the moment, every so often I have to shut down RM which frees the sockets. Is this a problem with my system, Java, RM setup or perhaps a bug in RapidMiner 9.6?
Jacob
Tagged:
0