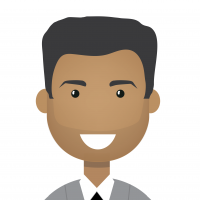 As noted in the system requirements page here Rapidminer server requires an operational database for its own purposes.

Do I need to update the database server directly

On a normal usage there should be no need to udpate the Rapidminer server database directly. Infact it is hihgly recommended that one should not interfere by doing any sort of modification directly on the database server.

What is the database used for

The operatonal database is used for maintaining several critical information and settings used by Rapidminer server. Some examples of what these settings include are as following

What is the expected size

Most of the items stored by Rapidminer server are very small in nature, however if the users save data using the "store" operator then the size can grow dramatically based on the size of the data that is stored. Please also note that when Rapidminer "stores" data in its repository it also adds more metadata around it, thereby increasing the storage size.

Should I be backing up the database

Yes absolutely. the database contains lots of critical information and can act as a good resource to restore the environment to a previously known stable state. It is highly recommended to take backups regularly and special backups should be planned and taken before upgrades or major changes are planned to the system