Why is RapidMiner Problematic?

SkyTrader Member Posts: 88 Contributor II
September 2020 edited September 2020 in Help
1) Over a month ago before the last two updates I used to be able to get RM to produce an attribute drop down and I could select "Close." I have tried on and off for over a month since and have not been able to get RM to recognise ANY attributes whatever method I use or sort out a host of other problems that I used to be able to do with RM.

2) I had to type "Close" in manually in the attribute drop down because the drop down is always blank nowadays whatever Excel file I use (and by that Excel files that I know have worked in the past with RM) and whether I use Import Wizard -- which has been not working as expected because I now get issues with a column called adj.close:

3) What's even more obvious is that I don't even have that adj close column anymore because I already deleted it from my Excel file (I've done everything to get round all these constant RM errors/warning messages). RM clearly has a Excel file caching problem:
https://community.rapidminer.com/discussion/comment/67238#Comment_67238

4) Why is the close non existent in RM drop down list when it's in my Excel file?

5) Why does "Excluding" the adj close (which is really not there and is a ghost) make no difference as the adj close column still causes a warning? 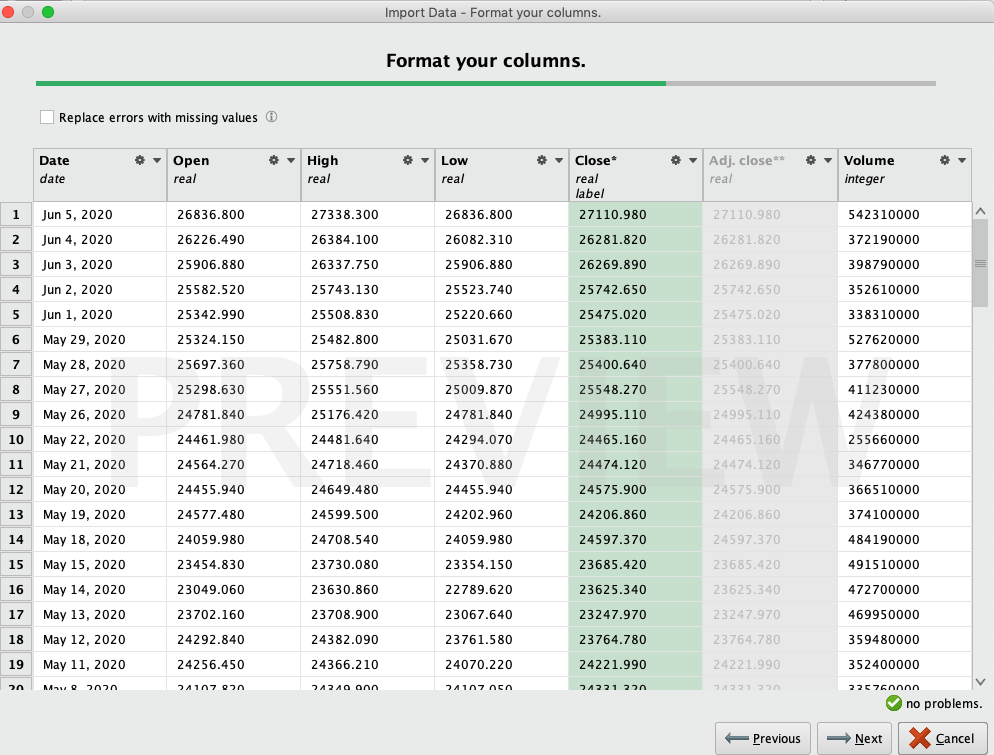 6) I also have to ask why is RM referring to a FTSE file that was created today 9th Sept as "last modified" on 7th Sept? How can I clear this directory as it looks like a caching issue?

7) My Macbook FTSE folder is blank so what is this file with a ~? 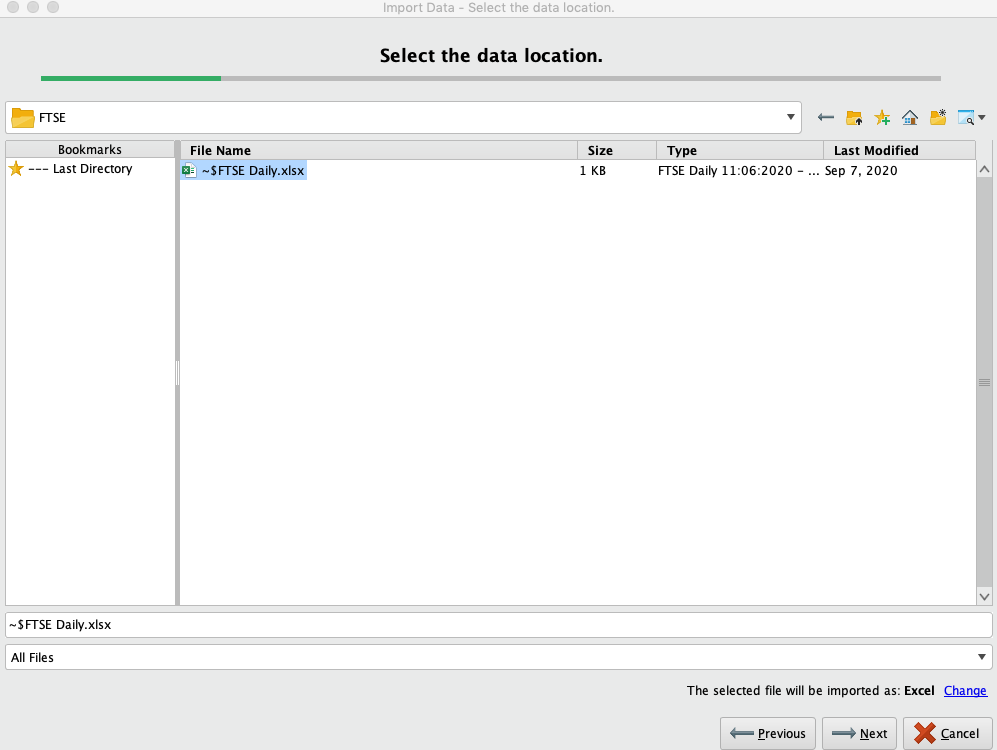